Home » News » WHAT IS CARAMEL COLOR? USES OF CARAMEL. 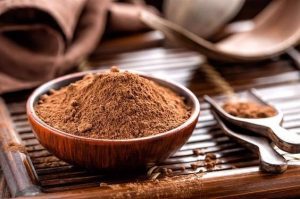 Caramel color, also known as caramel coloring, is one of the oldest and most used colorings in food and beverage with the European food additive number E150. Its color ranges from pale yellow to amber to dark brown and can create several colors when added in foods. Caramel color is usually used to be drizzled on ice cream, cakes, fruit or caramel milk tea, caramel macchiato, coffee, or any other desserts to darken the color and get the desired consistency of food.

According to WHO Expert Committee on Food Additives (JECFA) has divided it into four classes, simply named class I, II, III & IV and with the corresponding E number E150a, 150b, 150c and 150d.

THE COMMON APPLICATIONS OF CARAMEL IN FOOD

However, the specific application is complicated, usually, there are several classes can be used in a field. Depending on the taste and color needs of the food.

Semba Tohka Industries Co., Ltd. is a company headquartered in Mohka City, Tochigi, Japan. Established in 1947 with the purpose of producing and selling caramel. In 1978, gradually developed... read more